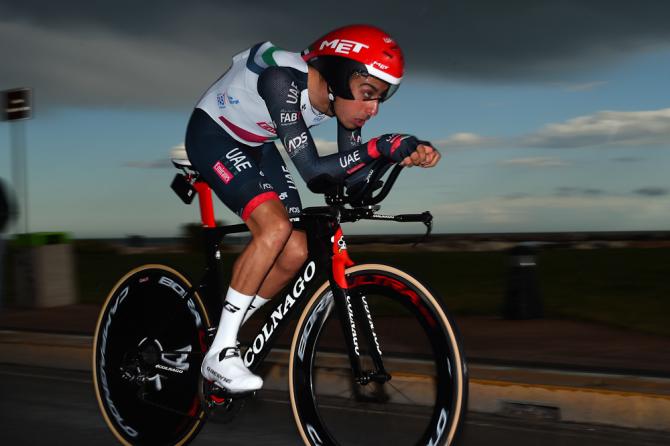 “In a time trial in the final week of racing, with some riders no longer high up in the general classification, and when some are caught during the race, it can happen that, making a foolish mistake, they do some slipstreaming,” Saronni said. “It should be avoided, but there’s not too much to discuss in this case.”

“Of course, the decisions of the commissaires have to be accepted and respected,” he added.

When it comes to Conti and Ulissi’s two-minute time penalties, Cyclingnews understands that Conti was caught by his ‘minute man’, Ulissi, and then allowed Ulissi to ride in his slipstream for a time.

Without the two-minute penalty, Ulissi would have finished sixth on the stage – although in reality he might have finished further down had he not received any assistance.

UCI Chief Commissaire at the Giro, Randall Shafer, said that the team has “the right to come to talk to us, but ours is the decision to take”.